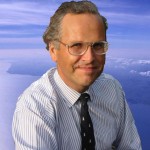 Philip Coleridge Smith, expert in the treatment of varicose veins Mr Coleridge Smith graduated in Medicine from Oxford University and St Thomas’ Hospital London Medical Schools. He later created the Vascular Laboratory at The Middlesex Hospital in London and, with a research team, undertook a large amount of scientific work into venous disease. He gained a Doctor of Medicine degree from Oxford University in 1995 after submtting a thesis of 200, 000 words based on his research. His accomplishments include identifying some of the mechanisms of venous ulceration, introducing duplex ultrasound imaging in the investigation of venous disease and pioneering the introduction of foam sclerotherapy in the UK.

Mr Coleridge Smith has been editor of the medical journals, ‘Phlebology’ and ‘European Journal of Vascular and Endovascular Surgery’ where he was responsible for raising the standards of publication of scientific work in venous disease. He is currently President of the British Association of Sclerotherapists. He is acknowledged as a leading international authority and expert in venous disease, including the management of vein problems using ultrasound guided sclerotherapy and other modern methods of vein ablation.

Mr Coleridge Smith has treated several thousand patients using injection technques in his clincal practice. He considers that he can cure almost any vein problem. Many patients who had visited other clinics and had a poor result were cured or greatly improved. He has found that the secret is to search for all remaining varicose veins. Varicose veins are treated under ultrasound imaging control by carefully guided injection or thermal ablation. This is an almost painless method of treatment. Thread veins are sometimes difficult to remove. High resolution ultrasound is able to show the feeding veins that cause this problem. Ultrasound guided injection of very small veins leads to a good outcome. The size of feeding veins is often less than 1 mm so a steady hand is required.

We have many happy patients as a result of the skills of Mr Coleridge Smith and modern developments in vein cures.

The members of the BVI team are all experts in this field. All our UK accredited specialists have a particular interest in venous disease and offer you private treatment for varicose veins, thread veins and facial veins. Included in our ranks are Professors of surgery and the country’s leading experts on vein problems. The most modern methods of diagnosis and management of vein disorders are used at all centres.

All our specialists are recognised by private medical insurance companies for the treatment of symptomatic vein problems. For those not insured we offer affordable packages for all our procedures. Cosmetic treatments are offered at competitive rates.